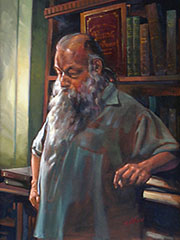 Ken Sanders has been in the rare book business in Utah since the 1970s. From 1975-1981 he co-owned The Cosmic Aeroplane. He founded Dream Garden Press in 1980, and Ken Sanders Rare Books in 1990. He has been engaged in buying, selling, appraising and publishing new and old books, photography, cartography, and documents for over thirty years.

Starting with Nancy Drew in childhood, and progressing into serious bibliophilia sometime after that, Sanders' fascination with books and printed matter has been lifelong. From his early love of books, Sanders evolved into a book dealer via a long, strange, and roundabout route through underground comix and illustrated books as a teenager, coming of age during the birth of counterculture environmentalism as a young man, and progressing into fascination with Utah and Western history, Mormonism, and Literature in later years. His ever-changing interests and enthusiasms bring together books and materials from far-ranging areas into a dynamic force we like to call our bookstore.

Sanders' experiences in the fields of antiquarian books and collectibles are diverse. He is a member of the Antiquarian Booksellers' Association of America and served on its Board of Governors for six years, during which time he was the Security Chair. He was responsible for bringing numerous book thieves to justice.

Sanders also has a long history of promoting the arts and literature and has hosted hundreds of book signings and art exhibitions, including the State of Utah's largest ever poetry reading. Together with Alex Caldiero, he hosted the "Poetry is Wanted Here" radio show. In 2005, Ken was honored by the Salt Lake City Mayor's Award for Contributions to the Arts.

Articles by Ken Sanders have appeared in publications such as OP and Firsts Magazine.

He has been the subject of articles in publications including The Deseret News, The Salt Lake Tribune, and San Francisco Magazine. Ken has often been featured in television and film interviews and shows, including France 24, C-Span Book Talk, and A&E's "City Confidential: Mark Hofmann." Ken first appeared as an appraiser for the Antiques Roadshow on the Salt Lake City 2007 season shows. He has since traveled to San Antonio, Spokane, Dallas, and Hartford with the Roadshow.

Ken Sanders is currently a full-time bookseller, among many other things. Forthcoming projects may include a work on Edward Abbey.